Have a look through our FAQ on Morocco. If you still have a question please contact us and we will answer it for you

Q: What is the best time to travel to Morocco?

A: Morocco is a perfect destination for traveling to all year round. As far as the climate goes, the best time to visit the south – or at least the desert routes – is outside midsummer, when for most of the day it’s far too hot for casual exploration. July and August, the hottest months, can be wonderful on the coast, however, while in the mountains there are no set rules.

Spring, which comes late by European standards (around April and May), is perhaps the best overall time, with a summer climate in the south and in the mountains, as well as on the Mediterranean and Atlantic coasts. Winter can be perfect by day in the south, though desert nights can get very cold – a major consideration if you’re staying in the cheaper hotels, which rarely have heating. If you’re planning to hike in the mountains, it’s best to keep to the months from April to October unless you have some experience of snow conditions.

Q: Do you need a visa to visit Morocco?

A: All visitors to Morocco require a valid passport. We recommend that you check the information provided by your Foreign Office to see if a visa is needed to enter Morocco. For tourists from countries that need a visa to enter Morocco, the Moroccan Embassy is usually the first port of call. The visas are usually valid for 3 months and take around 5-6 working days to process. Tourists can stay for up to 90 days and visa extensions can be a frustrating and time-consuming process. (You may find it easier to duck into the Spanish-controlled Ceuta or Melilla and then re-enter Morocco for a new stamp).

Q: What is the local currency in Morocco?

A: The Moroccan currency is the Dirham. You can only obtain the currency once in Morocco as we have a closed economy. There is a currency exchange in the arrivals area of the airport and you will find a lot of exchange offices and ATM’s in bigger cities such as Marrakech, Ouarzazate and Essaouira. When withdrawing at a local ATM, we advise you to ask your bank how much commission you will be charged.

Q: Are there health risks in Morocco?

A: Morocco health information states that it is a malaria-free country. In order to enter Morocco no vaccinations are needed, but the following are strongly recommended; Typhoid, Hepatitis A, Polio and Tetanus vaccines. Your doctor will be able to advise you fully.

As sun is very strong in Morocco, you must apply sunscreen lotion to your skin and drink plenty of water to avoid dehydration. Avoid buying food from street stalls and do not drink tap water, as it might be harmful. Drink boiled water and bottled mineral water at all times and check the seal of the mineral water that it is not broken before being put in front of you.

Q: What kind of clothes should I wear?

A: The normal dress code on the street in Morocco is to cover legs, chest and arms for both men and women. Although this is much more relaxed than it used to be, please don’t assume that you won’t offend because others dress in a western style. Though the days can be very warm between late October and April, it is usually cold at night, so it is wise to bring some warm clothing with you.

A: Moroccan cuisine is often reputed to be some of the best in the world, with countless dishes and variations proudly bearing the country’s colonial and Arabic influences. Apart from major cities, Moroccans do not generally eat out in restaurants so choice is generally limited to international fare such as Chinese, Indian and French cuisine. You will find some of these restaurants also offering a limited range of traditional Moroccan dishes on their menus such as Couscous and various Tagines (a spicy stew of meat and vegetables that has been simmered for many hours in a conical clay pot). In the mountain areas the food is more traditional. Your guide will know the best places to eat and will always find you somewhere to meet your desired menu choice.

Q: What language is spoken?

A: Moroccan Arabic is a dialect of Maghreb Arabic. The language is fairly different from the Arabic traditionally spoken in the Middle East and is also slightly influenced by French or Spanish, depending on where in the country you are.

French is still widely understood in Morocco, and it is the most useful non-Arabic language to know.

A: Morocco has such a varied climate (snow capped peaks to scorching desert dunes!) that there is always somewhere to go. Taroudant is the warmest place in Morocco between October and April. Essaouira is the perfect place at any time of year, as the temperature varies so little. Ouarzazate and the Deep Desert is best in spring and autumn to avoid extremes. Being further inland Marrakech, Fez and Ouarzazate have a more extreme climate. Note that there can be a great contrast between day and night temperatures. Even in the depths of winter the sun tends to produce very pleasant warmth during the middle of the day.

Q: What are the national holidays in Morocco?

A: A handy list of Morocco holidays is given below:

Below is a list of the Morocco public holidays according to the lunar calendar:

Q: Should I bring some medication for stomach discomfort?

A: Yes. While the food in general and municipal water supplies in Morocco are perfectly safe, one never knows how your body will react to new and unusual foods or different water supplies. Therefore, it is always wise to keep with you some sort of stomach medication such as Imodium at all times.

Q: Do you have any tips for women-travellers?

A: Most women never receive any harassment and are nothing but glowing in their praise for the respect shown to them. It’s extremely rare for harassment to go any further than the odd catcall or lewd remark.

Q: What are fake guides and touts?

A: Some Moroccans that you meet on the streets have come up with dozens of ways to part you from your money. Keep your wits about you, but don’t let your wariness stop you from accepting any offers of generous Moroccan hospitality. Put on a smile and greet everybody that greets you, but still be firm if you are not interested. This will leave you significantly better off than just ignoring them.

Fake guides and touts congregate around tourist areas and will offer to show you around the medinas, help you find accommodation, take you to a handicraft warehouse, or even score some drugs. While these men can often be harmless, never accept drugs or other products from them. Be polite, but make it clear if you’re not interested in their services, and if they get too persistent, head for a taxi, salon de the, or into the nearest shop.

The best way to avoid fake guides and touts is to avoid eye contact and ignore them, this will generally discourage them as they will try to invest their time in bothering another more willing tourist. Another way is to walk quickly; if eye contact happens just give them a smile, preferably a strong and beaming one rather than a shy one meaning no! thanks (they are very clever in judging human emotions and will bother you if they feel a weakness). The word La (Arabic for No) can be particularly effective, since it doesn’t reveal your native language. Another is to pretend you only speak some exotic language and don’t understand whatever they say. Be polite and walk away. If you engage in arguing or a conversation with them, you will have a difficult time getting rid of them, as they are incredibly persistent and are masters in harassment, nothing really embarrasses them as they consider this being their way of earning their living.

Some of the more common tactics to be aware of are as follows:

Many fake guides will pretend they are students when they approach you and that they just want to practice their English and learn about your culture, invariably if you follow them, there is a big chance you will end up in a carpet or souvenirs shop. A variant is they will show you an English letter and will ask you to translate it for them, or will ask for your help to their English speaking friend/cousin/relative etc abroad.

Expect to be told that anywhere and everywhere is ‘closed’. Invariably, this is not the case, but a con to get you to follow them instead. Do not do this.

Do not accept ‘free gifts’ from vendors. You will find that a group of people will approach you accusing you of stealing it, and will extort the price from you.

Always insist that prices are fixed beforehand. This is especially true for taxi fares, where trips around a city should cost no more than 20 Dirham, in general, or be done on the meter. This cannot be stressed enough. In ALL situations (including Henna Tattoos) always agree on a price before

When bargaining, never name a price that you are not willing to pay.

At bus/train stations, people will tell you that there have been cancellations, and that you won’t be able to get a bus/train. Again, this is almost always a con to get you to accept a hyped-up taxi fare.

In general, do not accept the services of people who approach you.

Never be afraid to say no. 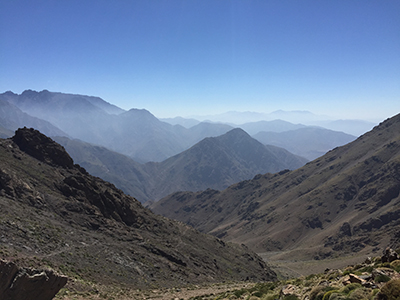 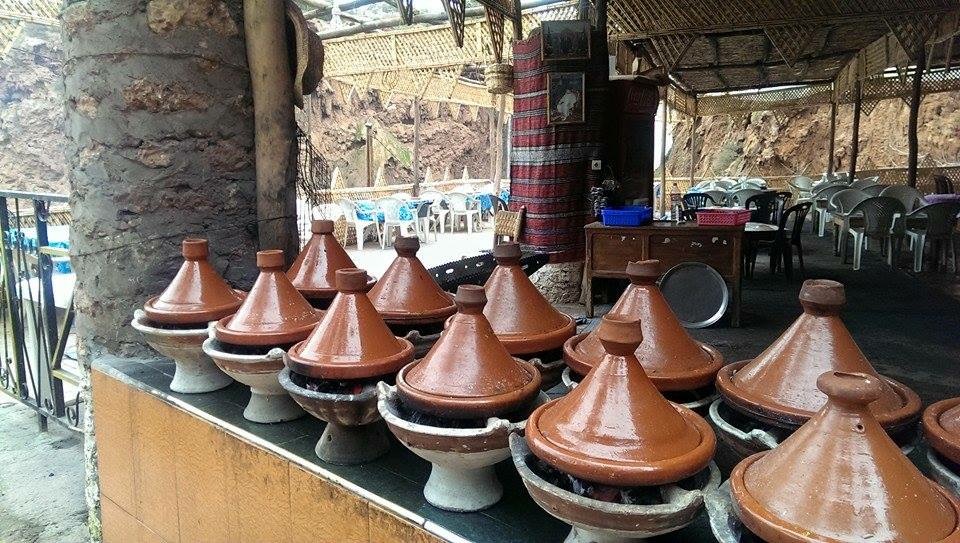 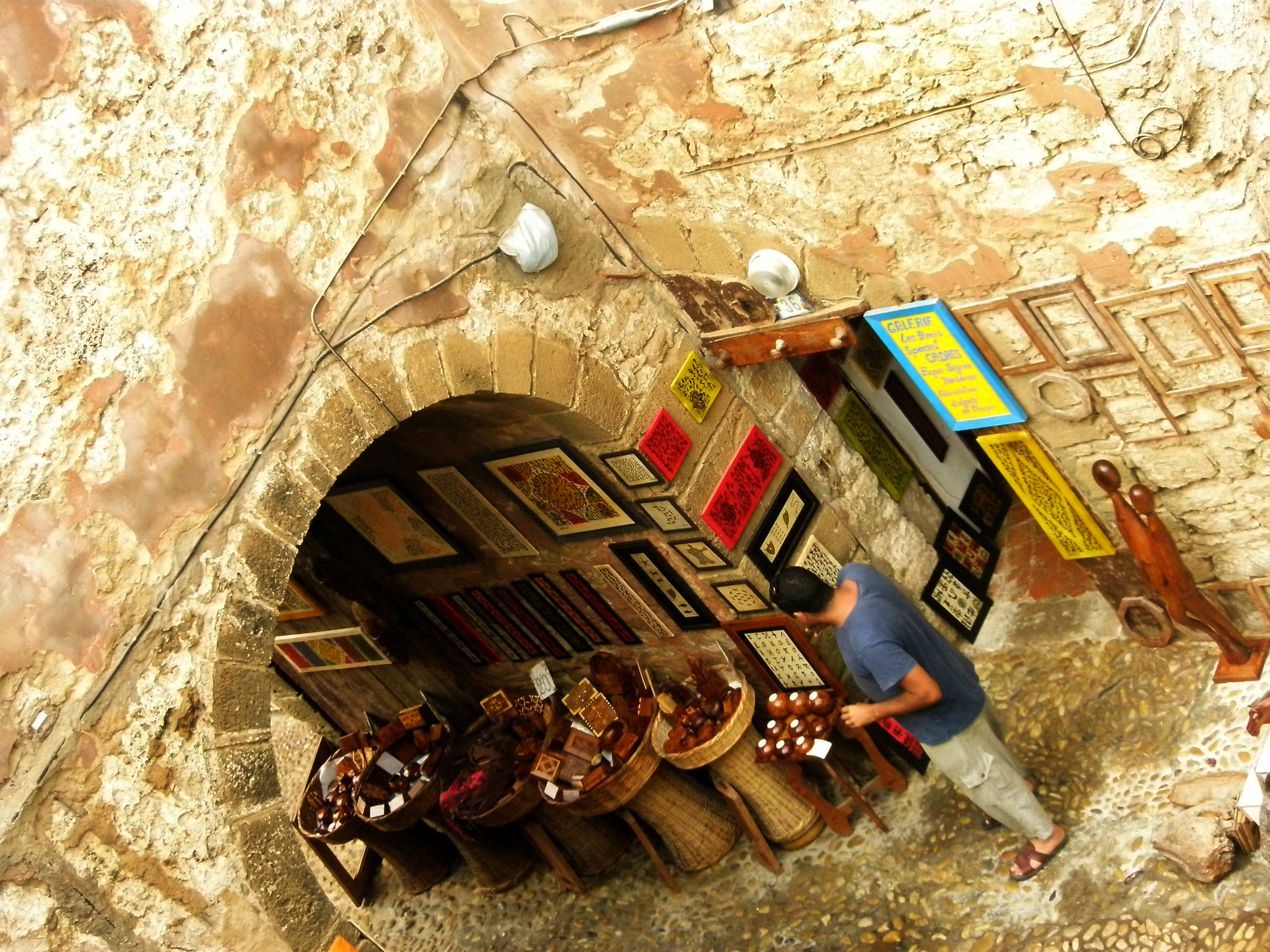 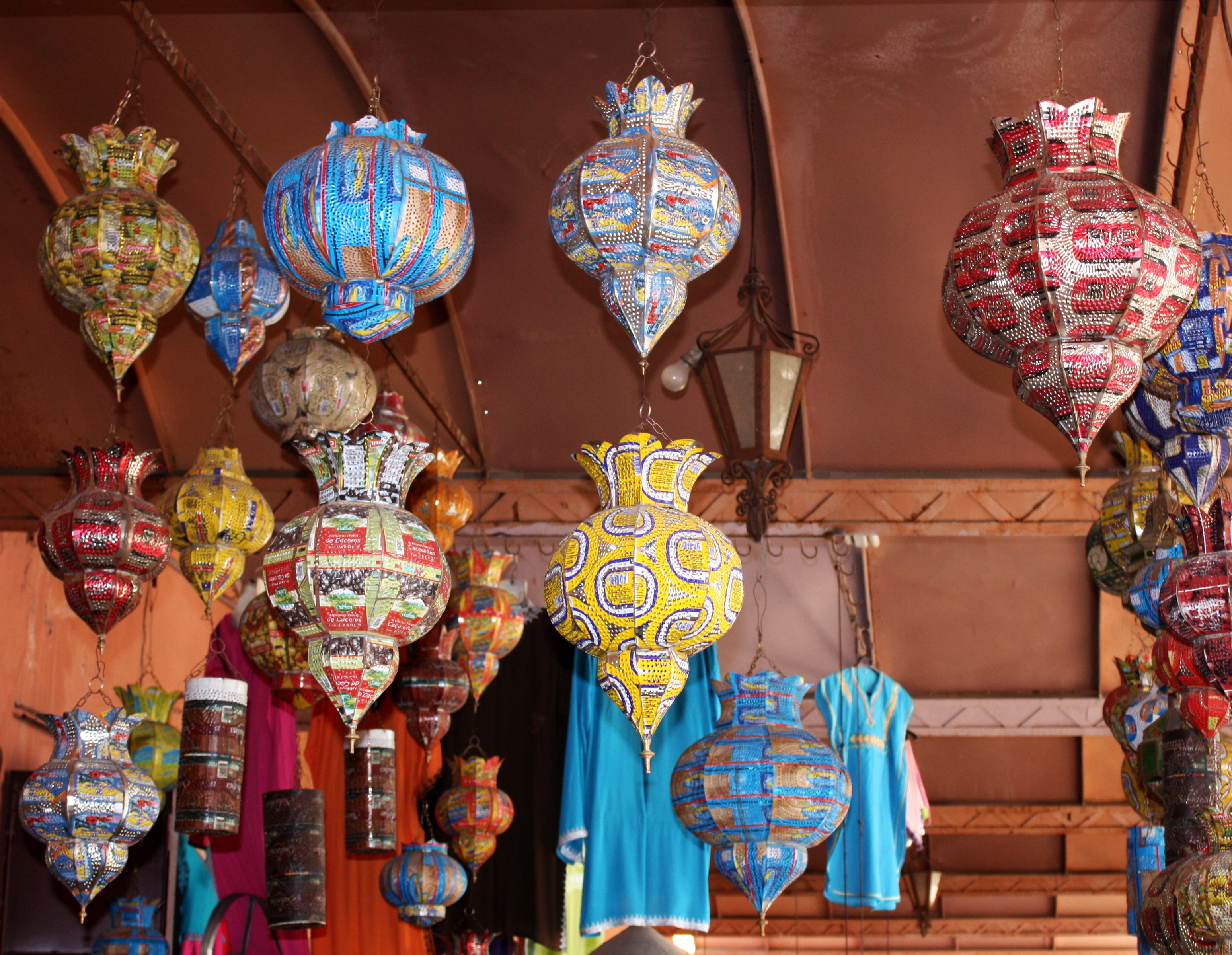 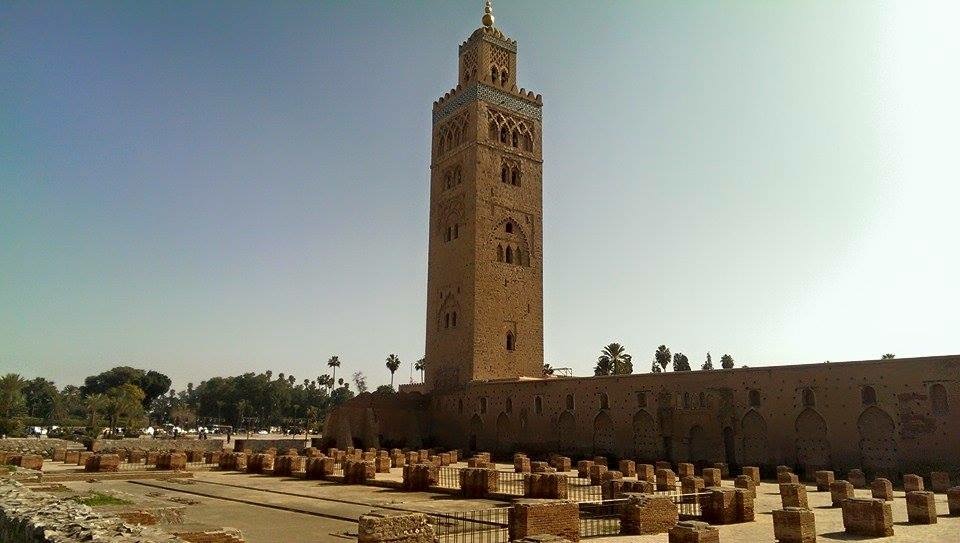 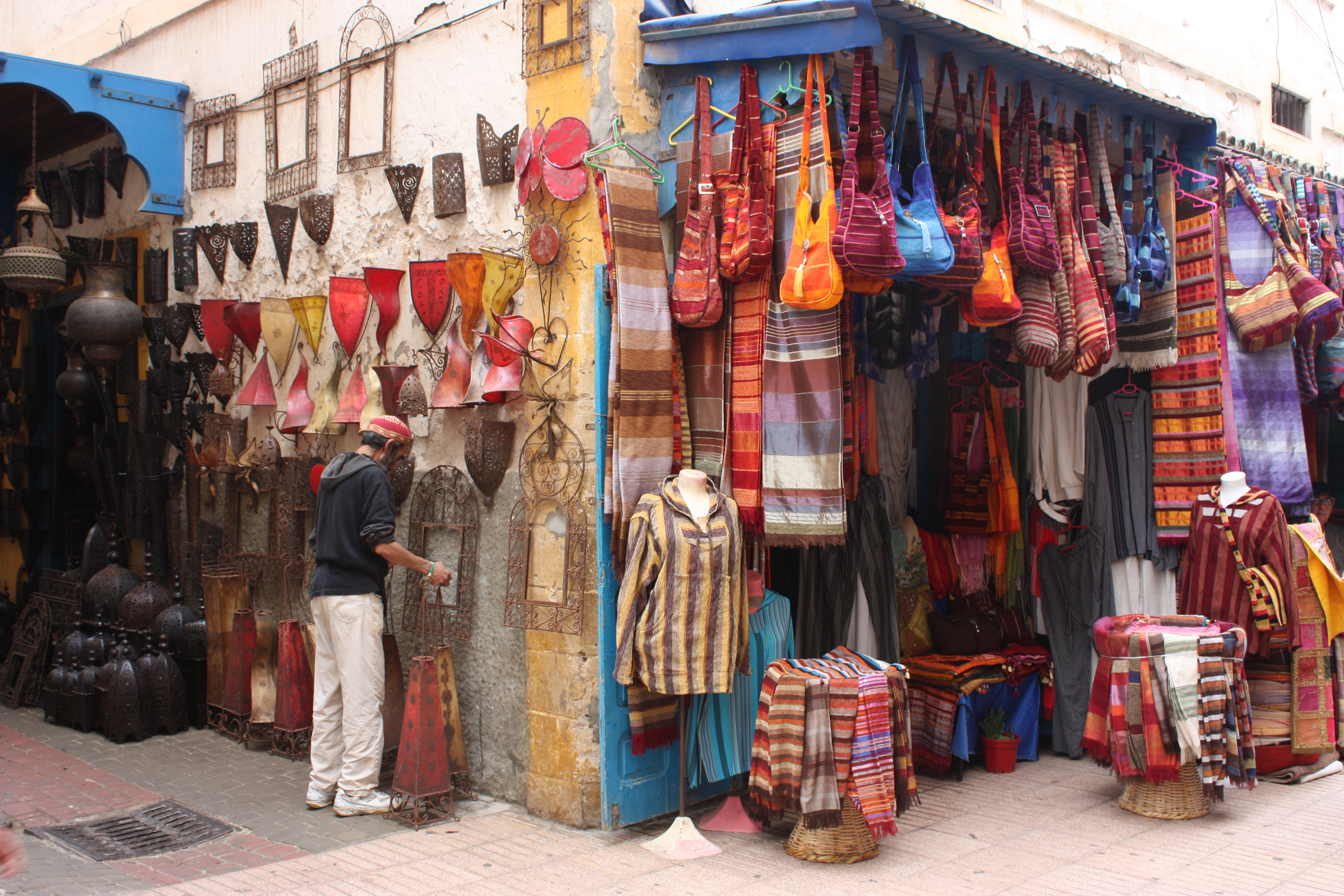 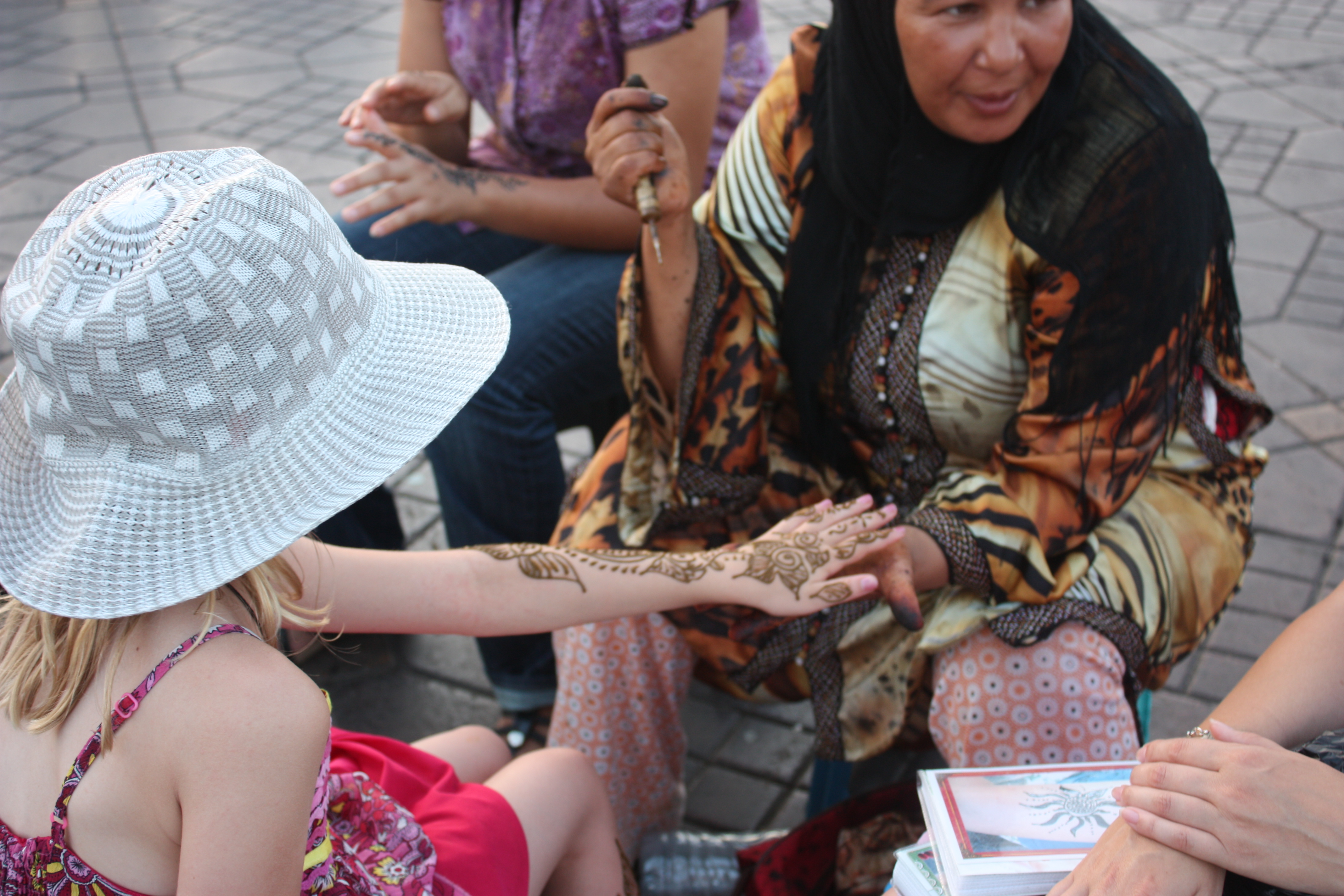 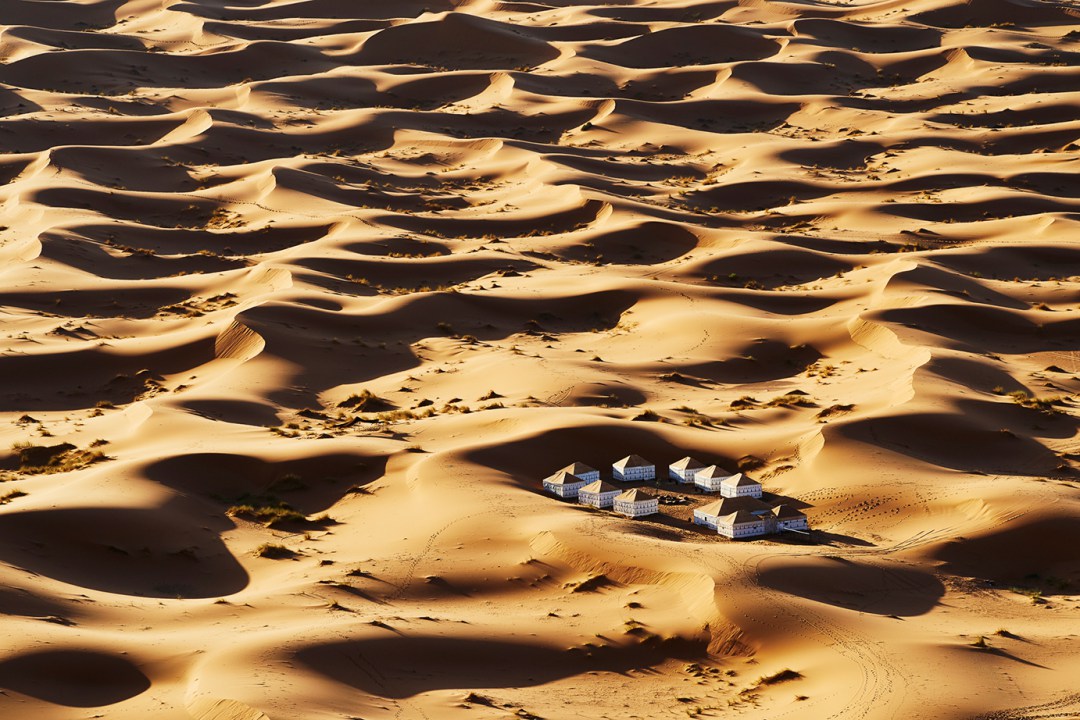 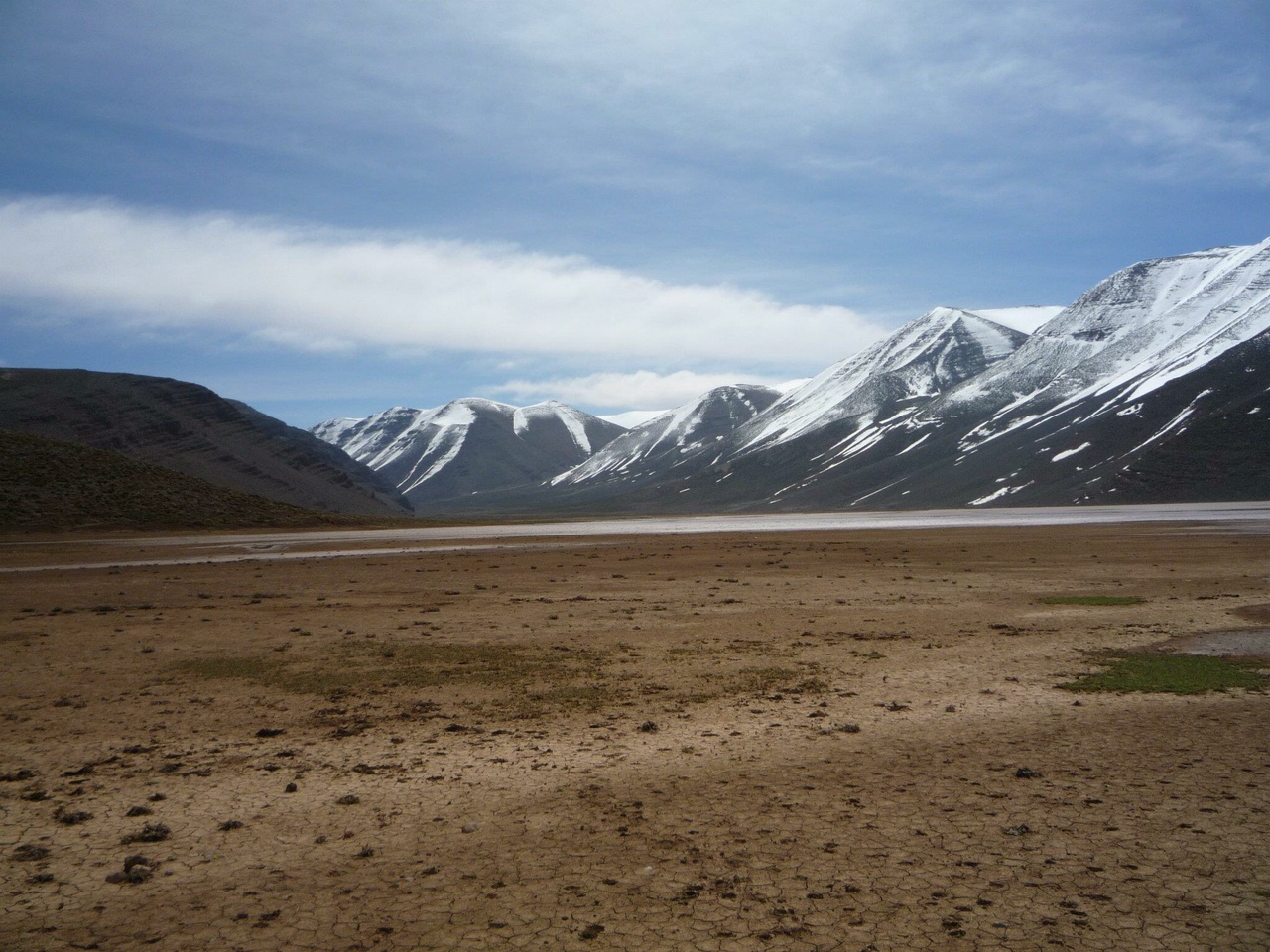 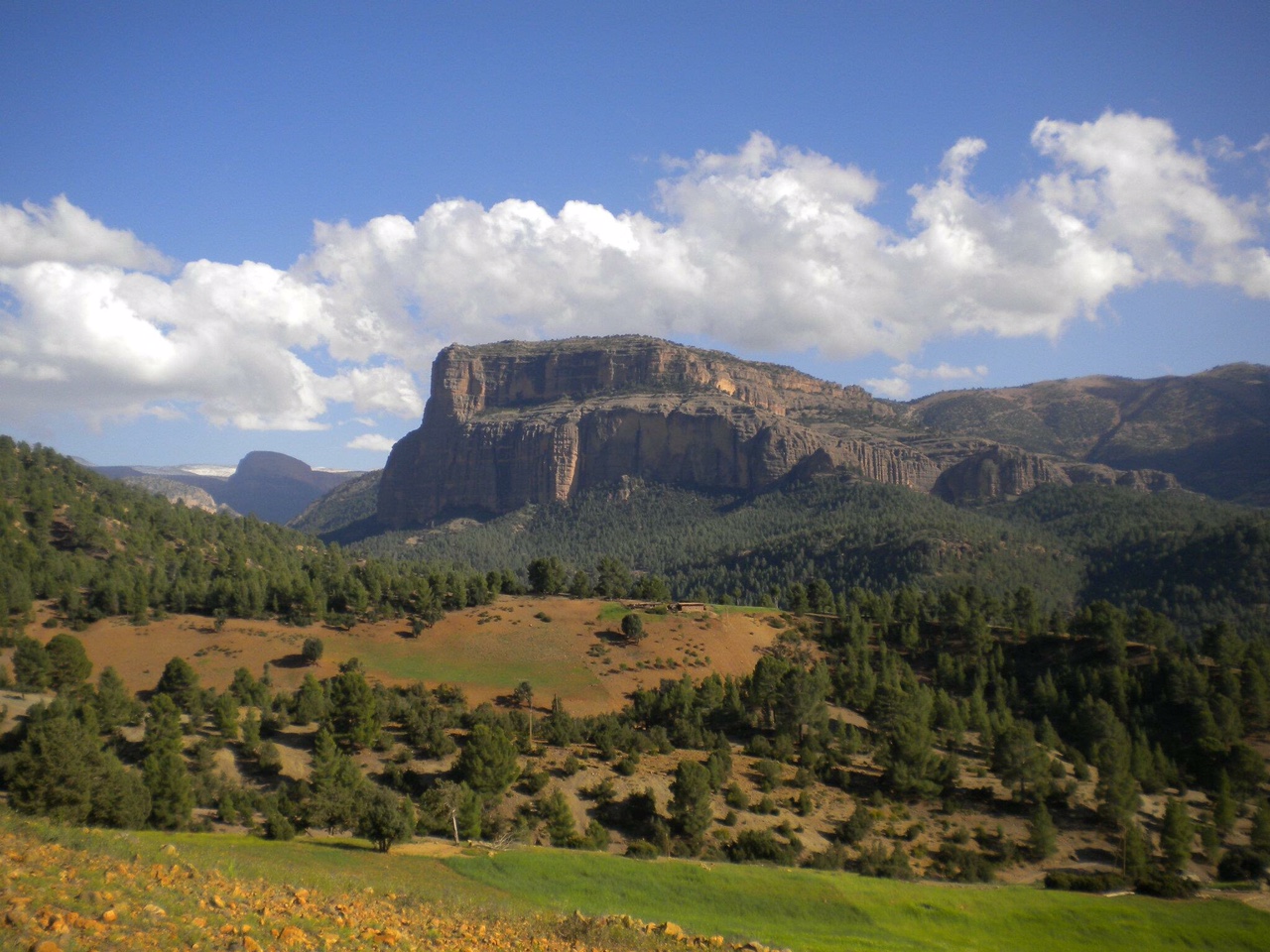 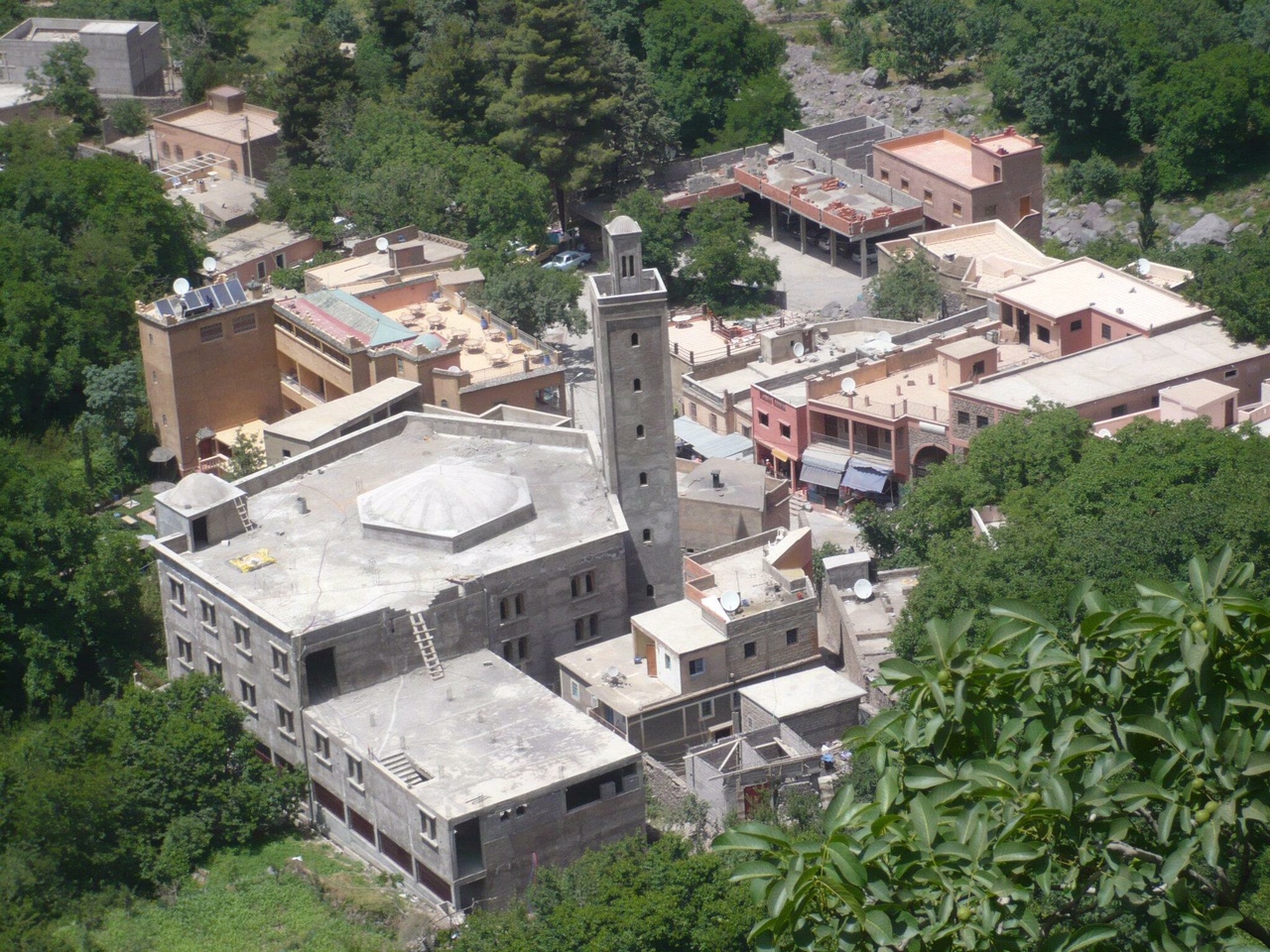 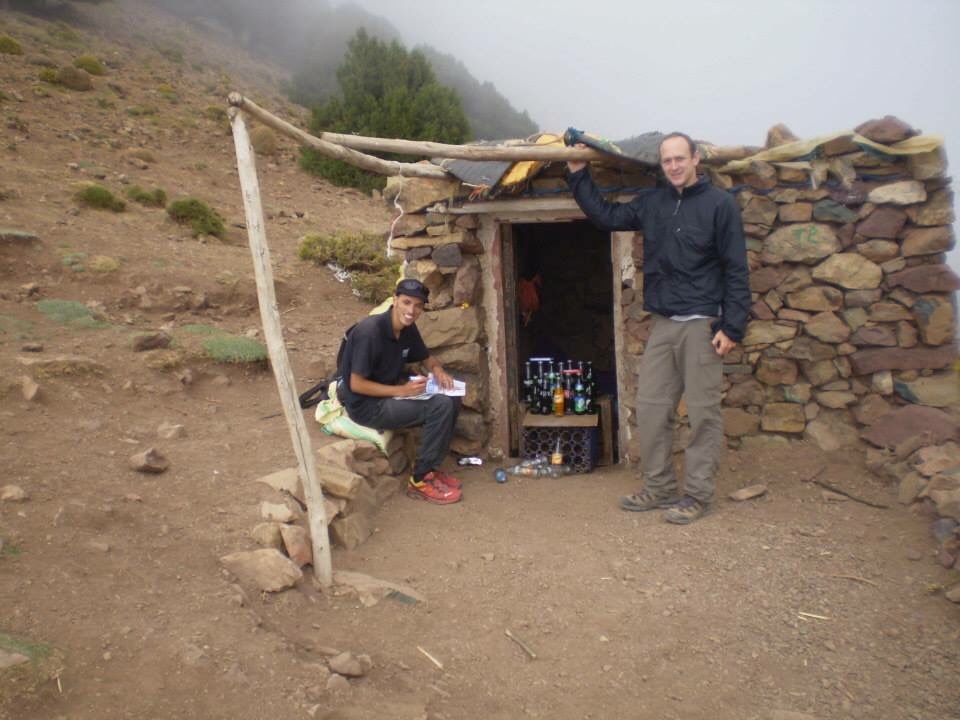 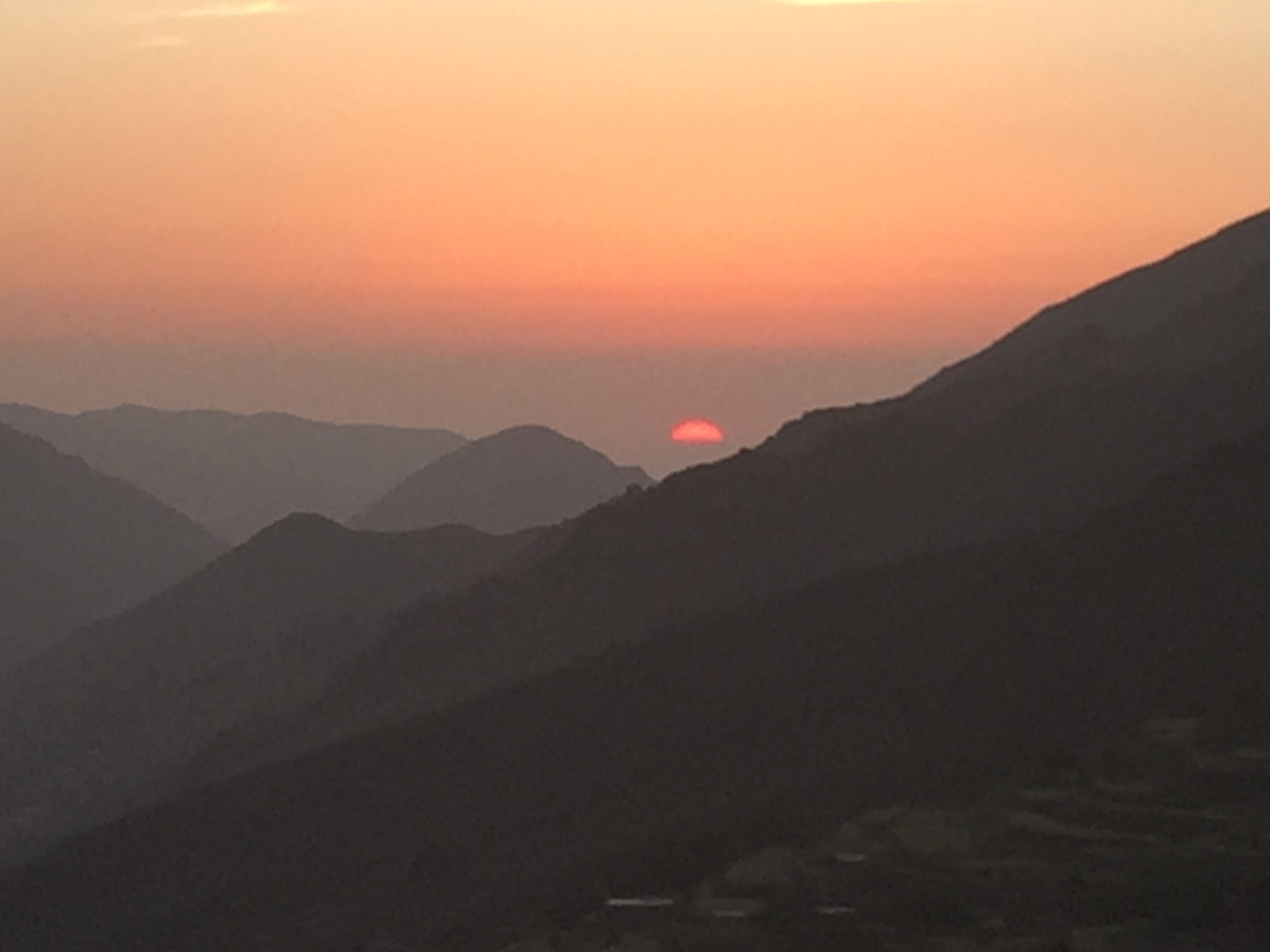 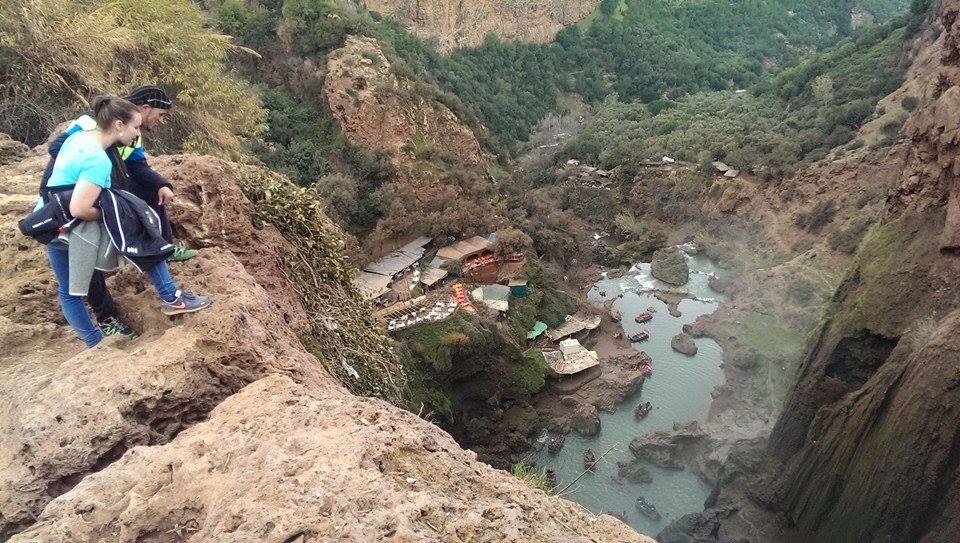